The medical need for reliable biomarkers in IPF is urgent. On this page, we show how Nordic biomarkers can help detect disease progression, predict mortality, assess treatment efficacy, and more.

Idiopathic pulmonary fibrosis (IPF) is a chronic interstitial lung disease in which progressive scarring of the lungs leads to fibrosis and loss of lung function. People with IPF suffer from dry, persistent cough and progressive fatigue. Patients have a poor prognosis with an average survival of only 3 years after diagnosis without effective treatment. Thus, the prognosis for IPF is worse than for many cancers.

How many people have IPF?
About 50,000 new cases of IPF are diagnosed each year. Risk factors include age, gender, tobacco use, and a family history of pulmonary fibrosis, as some genes are associated with IPF.

How is IPF treated?
Currently, two antifibrotic agents are approved by the FDA and EMA for the treatment of IPF, namely pirfenidone and nintedanib. However, neither of these are able to stop the disease, but only slow its progression. In addition, both agents are associated with significant side effects and not all patients show a good effect of the treatment.

How is IPF diagnosed?
IPF is diagnosed by lung function tests, a chest X-ray and a high-resolution CT scan to identify the fibrotic pattern associated with IPF. A lung biopsy may also be needed to make a diagnosis.

THE MEDICAL NEED FOR BIOMARKERS IN IPF

The medical need for biomarkers in IPF is to improve both clinical trials and treatment of IPF patients by identifying distinct subpopulations. Biomarkers that can identify patient subgroups based on the underlying mechanism of disease, thereby enabling personalized medicine, and monitoring or predicting response to antifibrotic treatment in clinical trials are highly desirable.

Visit our lung biomarker portfolio and choose a panel that fits your clinical research or drug development targets!

WHY PROTEIN FINGERPRINT BIOMARKERS IN IPF?

Changes in extracellular matrix (ECM) composition leading to chronic scar tissue (fibrosis) are a hallmark of IPF. A normal repair response results in a balance of ECM proteins that are degraded and rebuilt to maintain tissue structure and function.

In IPF, there is both accumulation of disrupted ECM proteins and destruction of lung tissue, resulting in excessive tissue remodeling. Tissue-derived Protein Fingerprint biomarkers can be measured serologically and used to accurately quantify changes in tissue turnover in the individual patient's lungs.

In the field of IPF, a variety of serological biomarkers have been studied, but none of them are used in the clinic. It is becoming increasingly clear that IPF is not a single entity, but rather a term that encompasses patients with different disease subtypes.

In some patients, epithelial involvement predominates, whereas in others, interstitial changes or a genetic predisposition are present. The different subtypes may respond differently to treatment. Therefore, there remains a need in medicine and drug development for biomarkers that can characterize and quantify structural tissue changes and predict disease progression and response to treatment

Tissue-derived Protein Fingerprint biomarkers, as well as neo-epitope biomarkers of wound healing, are important for evaluating pathological changes in the lungs of IPF patients. Our biomarkers can be used individually or in combination to detect abnormal lung tissue remodeling, wound healing, and inflammation. 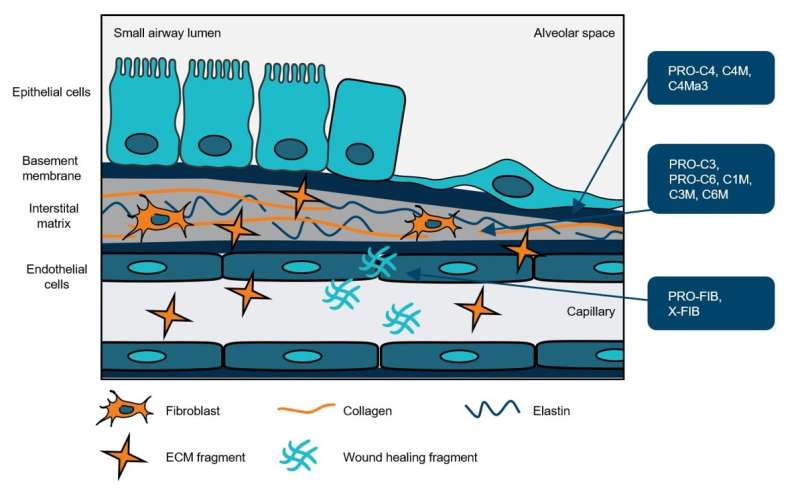 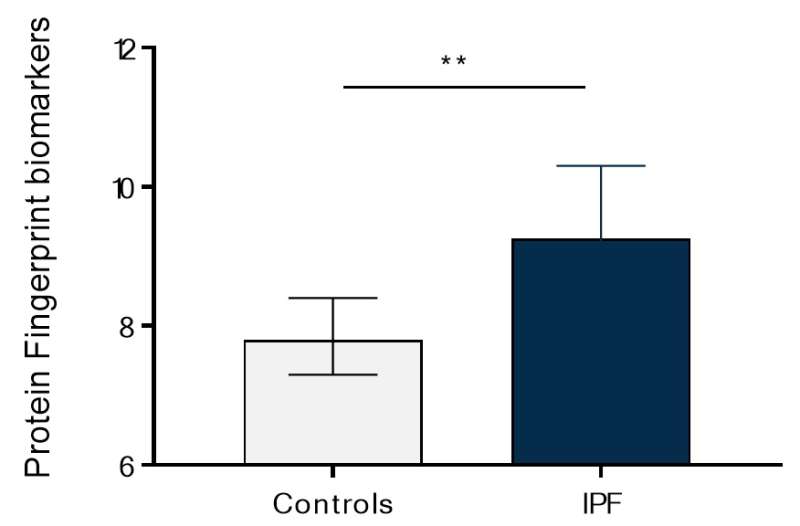 Protein Fingerprint biomarkers measured in serum are associated with progression of IPF, with levels significantly higher in patients with declining FVC than in patients with stable disease. 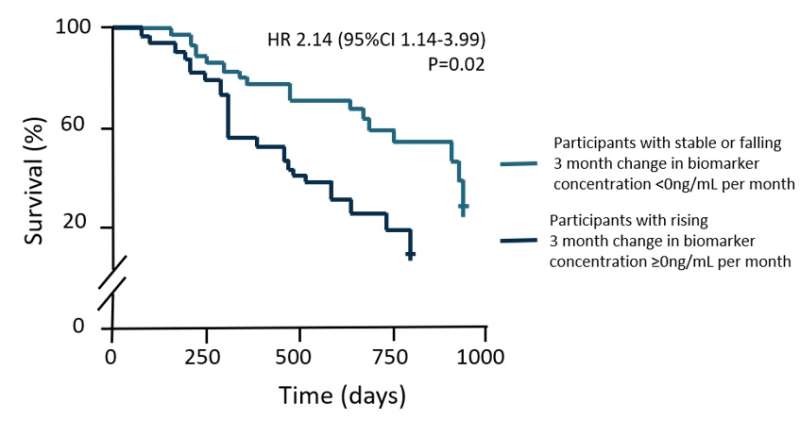 Protein Fingerprint biomarkers can be rapidly modulated with different types of treatment in IPF patients. 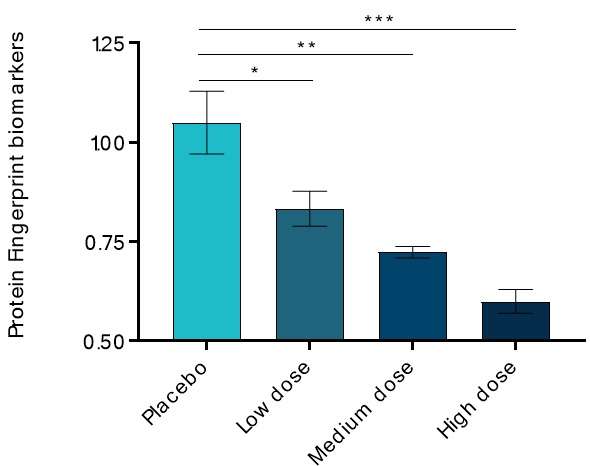 ECM alterations can be dose-dependently modulated by antifibrotic treatments in patients with IPF.

Protein Fingerprint biomarkers are elevated in progressive IPF patients and can be modulated with treatment both in patients and in model systems.

Formation of type VI collagen, quantified by PRO-C6, is dose-dependently modulated by antifibrotic treatment across model systems and in IPF patients. Additionally, this biomarker may also identify the patients in most need of treatment.