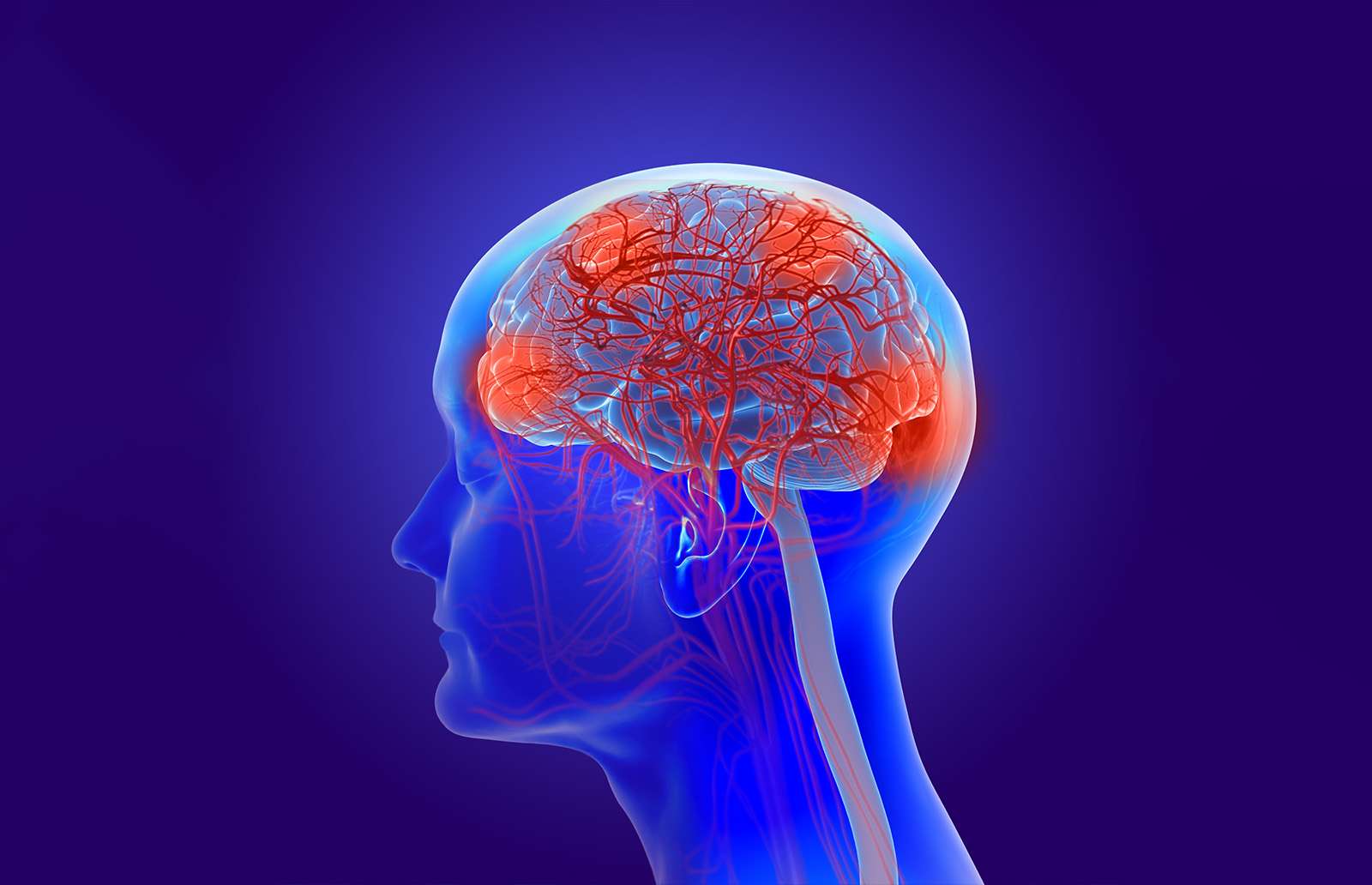 Identify active neurodegeneration and much more with the aid of biomarkers based on the Nordic Bioscience Fingerprint technology.

Neurodegenerative diseases are a broad collection of diseases, all characterized by loss of neuronal function. A plethora of factors such as environmental, genetic, biological (linked mainly to age) and metabolic or mechanical injuries to the brain or the spinal cord may act independently or in a synergistic manner and may lead to this devastating process defined as neurodegeneration. Neurological diseases, i.e. disorders related to brain, spinal cord and nerves dysfunction, include traumatic diseases, such as strokes, traumatic brain injury (TBI), and the neurodegenerative diseases such as Alzheimer’s disease (AD), frontotemporal dementia (FTD), and Parkinson’s disease (PD). Our primary focus has been on development of biomarkers for Alzheimer’s Disease.

How many have Alzheimer’s Disease?

Alzheimer’s Disease (AD) is the most common cause of dementia, a syndrome affecting today approximately 40-50 million people worldwide and estimated to reach 100 million in 2050.

How is AD treated?
There is no cure for AD, but symptoms are managed by treatment with Memantine or alike, which stimulate synaptic responses and thereby keep the cognitive abilities active as long as the neurons are still alive. All attempts at development of a disease-modifying therapy have so far failed.

How is AD diagnosed?
Current diagnosis includes tests of cognition, which assess to what extent the subject is showing signs of neuronal loss. To confirm the diagnosis of AD, either measurement of the the AD biomarkers p-Tau and Abeta1-42 in CSF, or assessment of plaque load in the brain by amyloid-PET is needed; however, these tools are complex and are not used in subjects prior to symptom onset, i.e. when it is too late to halt it by treatment.

THE MEDICAL NEED FOR BIOMARKERS IN ALZHEIMER’S DISEASE

The medical need for biomarkers in AD today is two-fold. First, there is a need for a tool identifying those with active neurodegeneration, but prior to CSF or PET-scanning, which then could be applied as a gate-keeper tool selecting asymptomatic individuals for a detailed work-up using the approved tools.

Secondly, there is a need for a biomarker detecting the efficacy of a given disease modifying intervention earlier than changes in CSF or imaging-based biomarkers can do, as this would allow an determination of responses to a therapeutic in drug development trials faster and thereby reduce trial length and size required to determine therapeutic efficacy.

Visit our neurology biomarker portfolio and choose a panel that fits your clinical research or drug development targets!

Alzheimer’s Disease is a proteinopathy, i.e. a disease characterized by aberrant turnover of proteins leading to accumulation of pathological proteins and thereby neuronal death. The classical AD CSF biomarkers, P-Tau and Ab1-42 are pathologically modified proteins, which accumulate as a function of disease. In addition to these, AD is characterized by multitude of pathological modifications to brain specific proteins, and enzymatic degradation is one of the primary events during the onset of disease. This underscores that protein fingerprints are highly important as biomarkers for AD. Furthermore, this fragmentation process also increases the likelihood that the proteins can be detected in blood, and thereby could aid in solving a key challenge in AD. 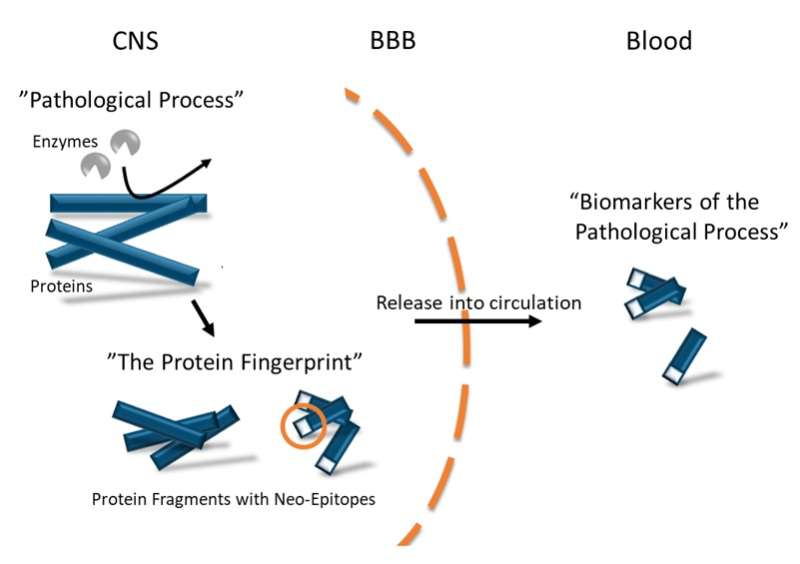 While the AD field possesses important diagnostic tools, it is short a disease activity marker, i.e. a tool that at any given time can measure whether neurons, glial cells or their surrounding ECM is destroyed.  There is therefore still a medical and drug development need for biomarkers that are able to pinpoint subjects who should undergo a detailed AD diagnosis work-up prior to symptom onset. The brain-derived Protein Fingerprint biomarkers can be measured in serum and are used to characterize patients with respect to actively ongoing degenerative processes in the individual patient.
Biomarkers and tissue characterization:
Neuronal loss: Tau-C, Tau-C, T-Tau (CSF), P-Tau (CSF), Ab1-42 (CSF)
Glial cells dysfunction: GFAP-C6
ECM-disruption: NCAN-M, N-Brev, Brev-A, TNR 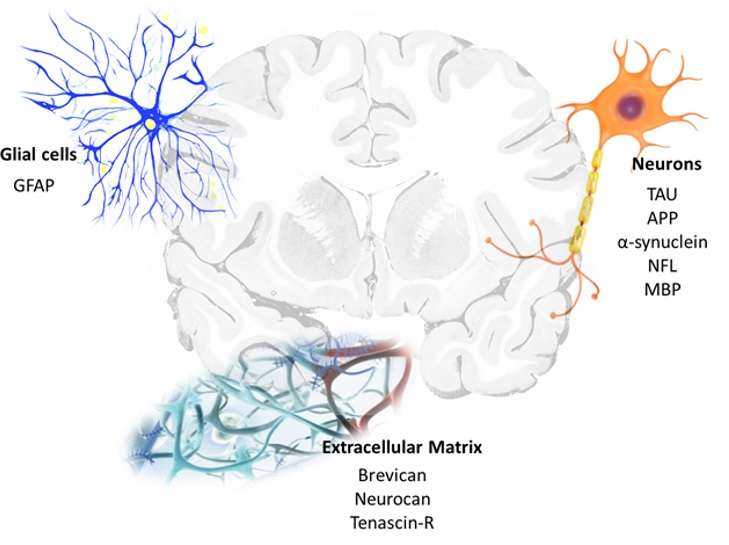 Protein Fingerprint biomarkers measured in serum were measured in subjects following a stroke, an event known to induce neuronal injury and loss. As seen below, the levels of the Tau-C biomarker was highly elevated, consistent with their relation to death of the neurons. 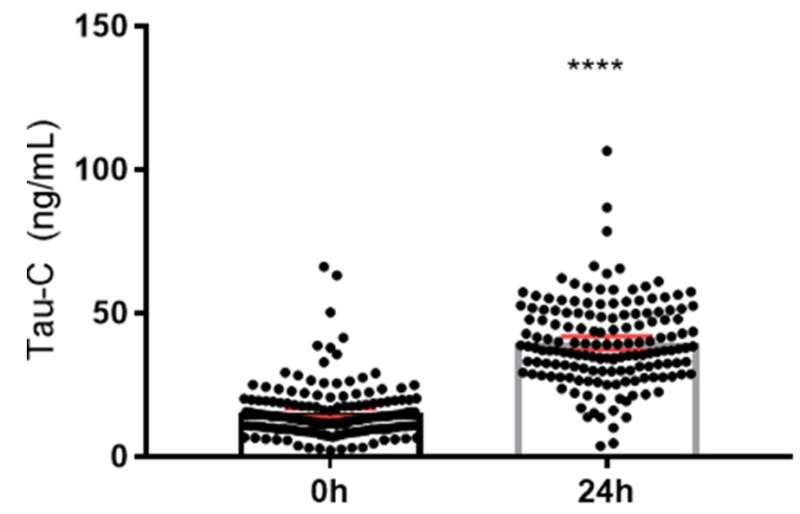 Neuronal damage quantified by assessment of the Tau-C fragment right after a stroke, or 24 hours later when the damage has accumulated.

IDENTIFICATION OF THOSE WITH ACTIVE NEURODEGENERATION

Protein Fingerprint biomarkers measured in serum at baseline are associated with incidence of dementia, and thereby are able to identify subjects who have active underlying disease, i.e. those in need of active intervention. 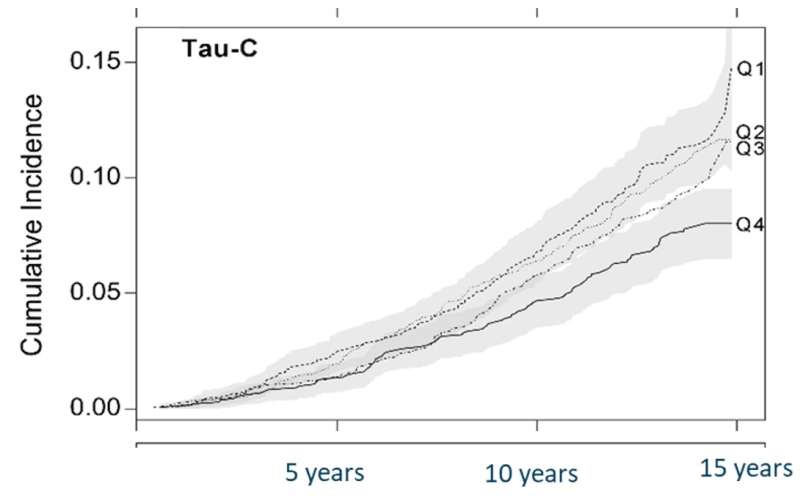 Relationship between Tau-C at baseline and incidence of dementia

Neuronal damage quantified by assessment of the Tau-C fragment at baseline of a 15-year study monitoring incidence of dementia.