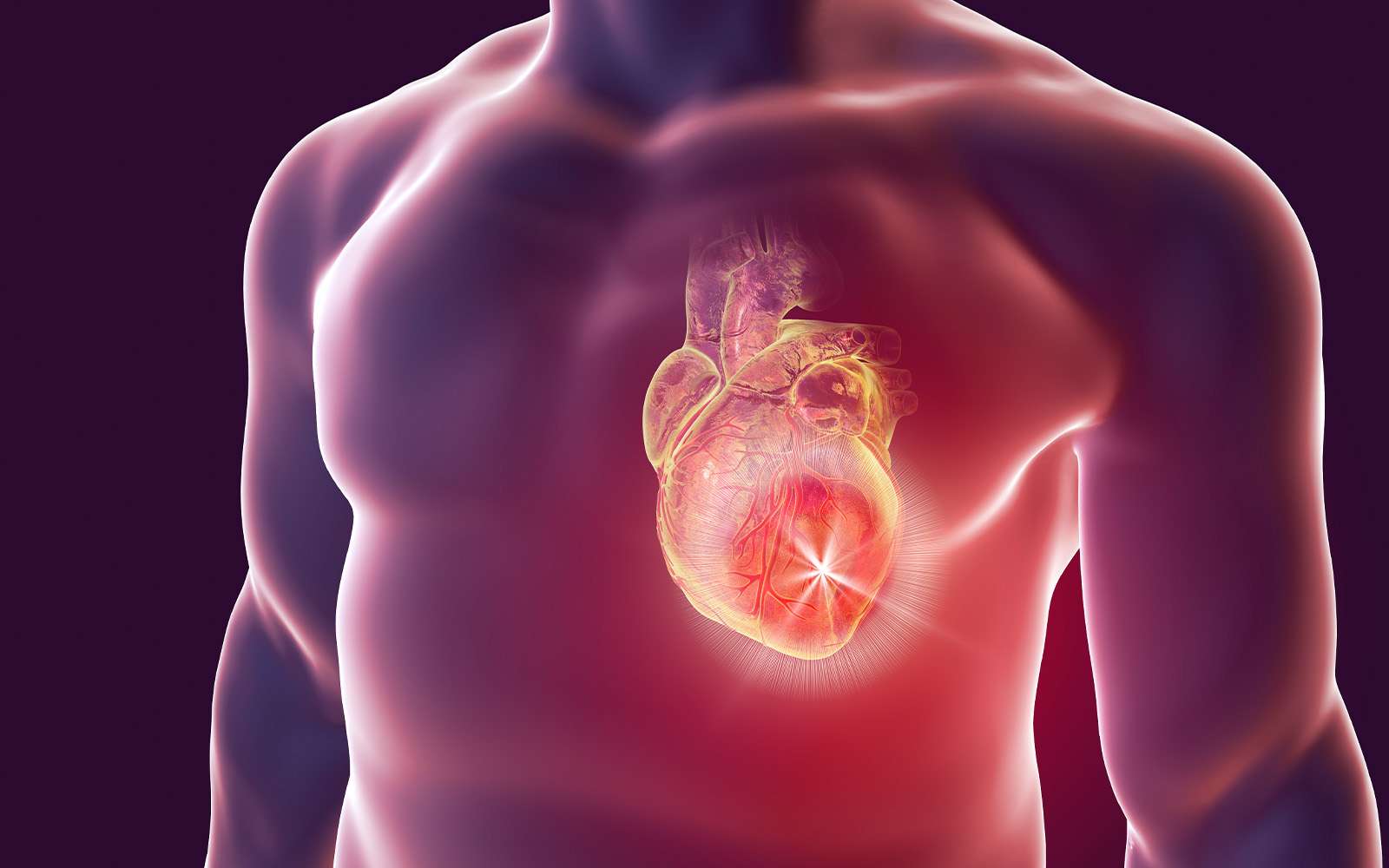 Heart failure is a clinical manifestation caused by various cardiovascular pathologies. It is characterized by the heart's inability to pump sufficient oxygenated blood to the body. Heart failure is associated with a general deterioration in the quality of life and a high rate of hospitalization and mortality. Heart failure severity is classified according to the New York Heart Association (NYHA) classification groups:

The most common causes of heart failure, regardless of subtype, include coronary artery disease, previous myocardial infarction(s), hypertension, arrhythmia, and cardiomyopathy.

Cardiac fibrosis is an underlying process in all types of heart failure. Heart failure often develops in patients with previous MI. MI is characterized by a reparative phase after the event, leading to increased deposition of collagen and other extracellular matrix proteins in the myocardium. Cardiac fibrosis, characterized by dynamic remodeling of extracellular matrix proteins (Figure 1), plays an important role in the pathogenesis of HFpEF. Therefore, understanding the balance of ECM protein formation and degradation in HF is critical.

Heart Failure with Preserved Ejection Fraction (HFpEF) is a subtype of heart failure, in which patients have an ejection fraction of more than 50%, and it is predicted to be the predominant form of heart failure in the coming years. The clinical manifestation of HFpEF is similar to other types of heart failure. HFpEF is a complex pathology that is influenced by the severity of concomitant diseases such as diabetes, obesity, and hypertension.

HFpEF is highly influenced by cardiac fibrosis, which is triggered by extrinsic factors such as diabetes and hypertension. Cardiac fibrosis, in combination with other processes, contributes significantly to the pathogenesis of HFpEF.

How many people have heart failure with preserved ejection fraction?
It is estimated that heart failure affects approximately 26 million people worldwide, and the number of heart failure patients is expected to continue to rise. In the United States, approximately 915,000 new cases are reported annually, affecting about 10 out of every 1000 people in the population.

During clinical examination, a combination of these diagnostic tools is usually used to accurately diagnose the patient. NT -proBNP remains to date the best noninvasive biomarker for diagnosis and prognosis in HFpEF patients.

How is heart failure with preserved ejection fraction treated?
Despite numerous attempts and advances in heart failure with preserved ejection fraction research, no effective treatment has been shown to specifically reduce morbidity and mortality in HFpEF. The current treatment strategy is based on reducing the burden of comorbidities such as obesity, hypertension, and diabetes.

The most commonly used drugs for the treatment of HFpEF include angiotensin-converting enzyme inhibitors (ACE), angiotensin II receptor blockers (ARBs), beta blockers, and diuretics. Recent studies have examined the effect of mineralocorticoid receptor agonists such as spironolactone, but a consistent reduction in mortality or hospitalization in HFpEF patients has yet to be demonstrated.

This means that NT-proBNP is not an accurate biomarker in obese patients. There is a need for non-invasive biomarkers accurately reflecting the risk of developing HFpEF as well as being able to diagnose HFpEF patients irrespective of comorbidities. A strategy of "one biomarker fits all" is not applicable in HFpEF patients, and the future of diagnosis and risk assessment in HFpEF may be a combination of biomarkers.

Moreover, the clinical trial enrollment criteria using NT-proBNP vary greatly, meaning trials will have multiple endotypes in the same trial. This greatly lowers the chance of reaching trial success, as one treatment does not fit all in HFpEF.

However, endotrophin, a product of collagen formation, reflects the activity of key collagen-producing cells: fibroblasts. Endotrophin measured by the PRO-C6 assay, can identify HFpEF patients with a very aggressive endotype, highly affected by fibrosis.

Visit our cardiovascular biomarker portfolio and choose a panel that fits your clinical research or drug development targets!

Cardiac fibrosis is one of the causes of HFpEF. Quantifying extracellular matrix turnover in HFpEF patients may provide unique insight into structural and functional ECM changes relevant to HFpEF pathogenesis.

Nordic Bioscience's clinical laboratory is up to the highest standards and offers customizable solutions at all stages of clinical research.

Several collagens are upregulated in cardiac fibrosis, as the increased levels of cardiac biomarkers of collagen formation in patients with cardiac fibrosis show (figure 1).  A biomarker reflecting formation of type VI collagen (PRO-C6), has emerged as a promising biomarker for outcome in HFpEF. PRO-C6 also measures the deleterious signaling molecule endotrophin (released from type VI collagen), which may play a direct role in HFpEF pathogenesis.

In an analysis of a subset of the TOPCAT trial, PRO-C6 significantly predicted risk of mortality and rehospitalization due to heart failure, with greater statistical significance than NT-proBNP and the MAGGIC composite risk score (figure 2).

Here you can read more about the clinical utility of endotrophin, measured by the PRO-C6 biomarker. 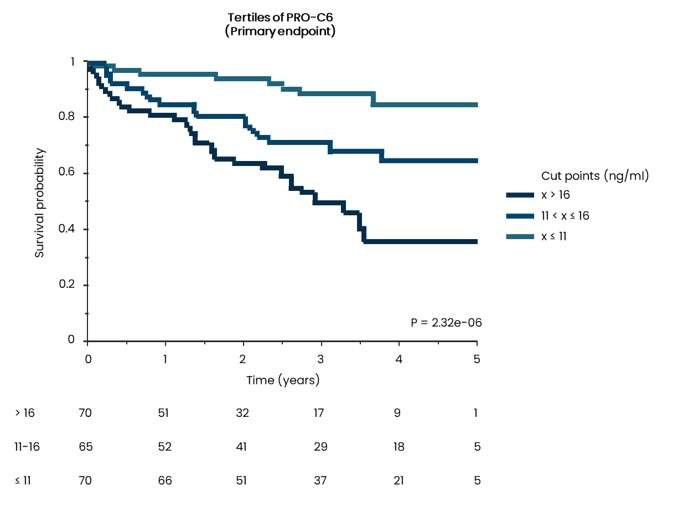